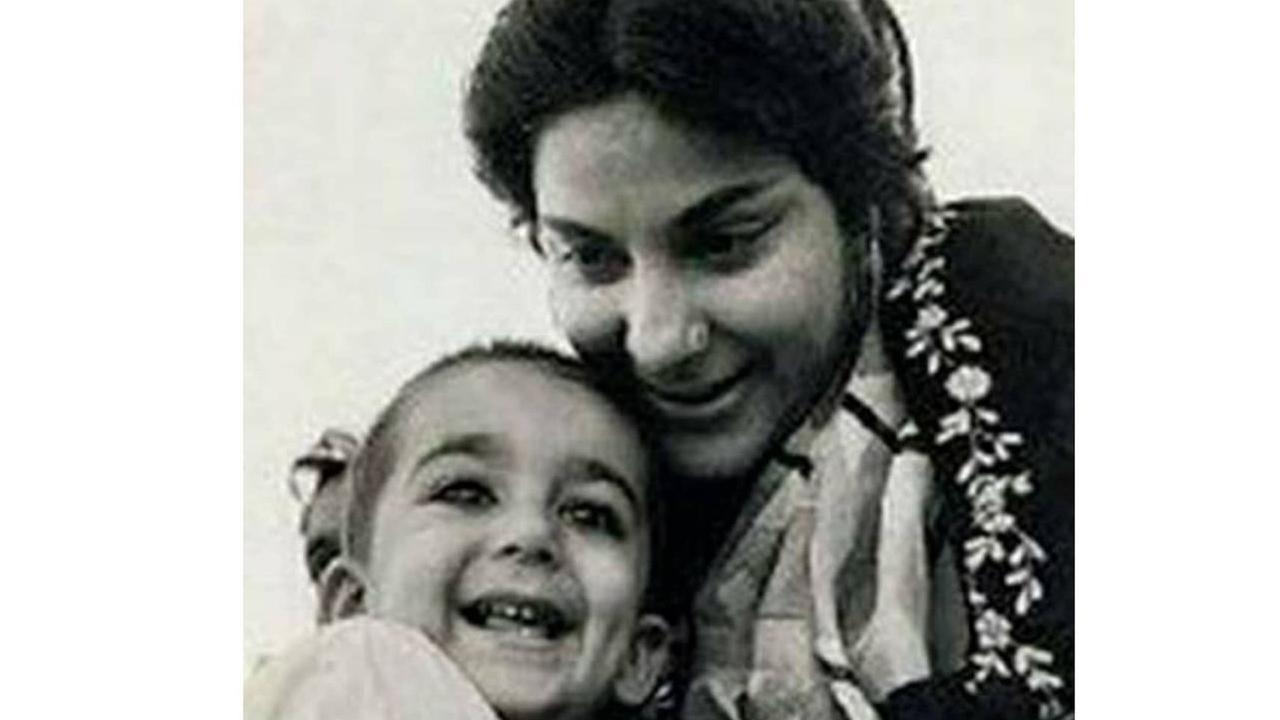 Sanjay Dutt on Monday shared a throwback picture remembering his mom and ace actor Nargis Dutt on her 40th death anniversary. Dutt shared a monochromatic picture on Instagram with his mother. It`s a childhood picture of Sanjay Dutt, with his mum.

The caption to the actor`s post will surely touch your heart. Putting his emotions into words, for his mother, he wrote, “Not a day goes by when I don`t miss you Ma!”

It is no news of the abundance of love Sanjay Dutt has for his mother. Keeping his mother in all his prayers, the actor misses the strong pillar of support, the warmth she gave to him as he grew up. This picture from decades ago also reminds us of the spectacular work Nargis ji did as an actress.

The actor`s younger sister Priya Dutt also paid tributes to her mother on social media. “Mother`s hug lasts long after she lets go…Mom it`s has lasted us 40 years #motherlove. Our love for you is forever,” the 54-year-old politician wrote, alongside a photo of Nargis sitting with her three children.

Nargis Dutt, the silver screen beauty from the 1940s to 60s, is best known for a phenomenal role in her 1957 film Mother India. Nargis featured in 51 films including the epic classics like Barsaat, Shri 420, Andaaz, Awara and Raat Aur din.

Ranbir Kapoor’s debut film was nominated for Oscar, but it was not…

Pragya Kapoor’s father passes away due to Covid-19 complications

Horoscope Today: Astrological prediction for May 06